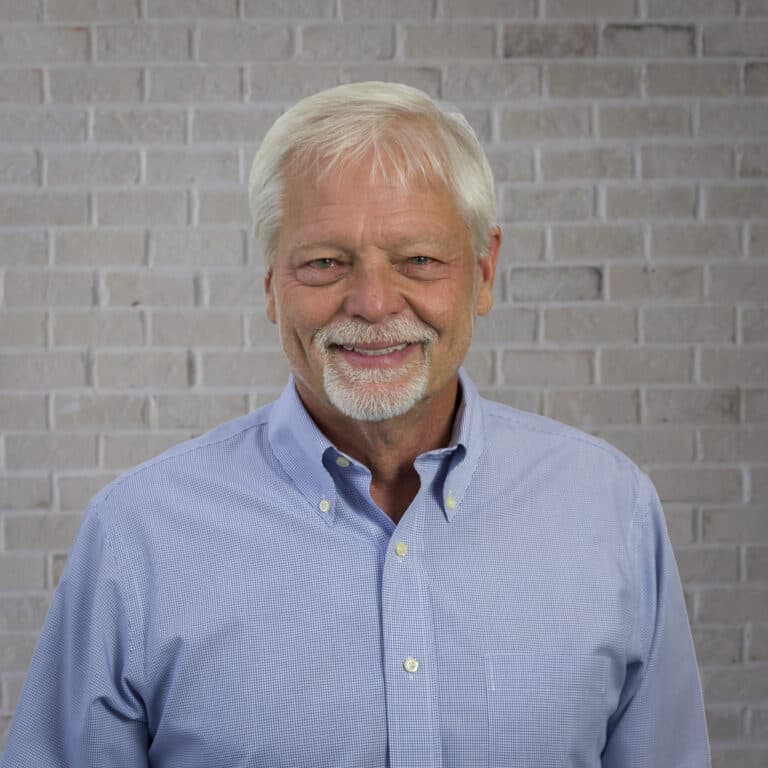 Mr. Rood began his real estate career in 1983 as founder of The Vestcor Companies. Under his direction, the company focused on brokerage of multifamily properties and then expanded into real estate investments, development, and construction. As the managing partner for over 71 investment partnerships, Mr. Rood is responsible for acquisition or development, management and disposition of properties in the portfolio. A total of fifty-seven communities, consisting of over 14,000 units, have been acquired or developed by partnerships managed by Mr. Rood.

In September of 2004, President George W. Bush appointed Mr. Rood as United States Ambassador to the Commonwealth of the Bahamas where he served until 2007. An April, 2005 article from The Freeport News, commented, “John D. Rood is the quintessential diplomat. Ever since he presented his credentials to Governor General Dame Ivy Dumont, he has been a model diplomat, as he has sought to keep the promise he made to “work with my Bahamian friends, old and new, to advance our common interests and to help attain lasting prosperity and security for our two countries and the region.”

The Ambassador's commitment to public and professional service is reflected in his many activities outside his professional life. In 1999, Florida Governor Jeb Bush appointed Ambassador Rood to the Florida Fish and Wildlife Conservation Commission, where he served as both a commissioner and chairman until 2004. Mr. Rood is a former board member of the James Madison Institute. He is a Rotarian and past president of the Rotary Club of Mandarin. He was a member of the University of North Florida Business Advisory Council and has served as a visiting professor at the university. U.S. Department of Housing and Urban Development Secretary Mel Martinez appointed Mr. Rood to the Advisory Council on Renewal Communities to help local communities take advantage of tax incentives to stimulate job growth and economic development. Mr. Rood was appointed by Mayor John Peyton to serve as co-chairman on the Jacksonville Journey. This program addressed the rise in Jacksonville's crime and resulted in a multifaceted approach which was implemented by Mayor Peyton. Mr. Rood is a founding member of the Tiger Academy which provides the children of Jacksonville's northwest quadrant a structured and nurturing learning environment. In 2009, Ambassador Rood was appointed by Florida Governor Crist as the Republican Party of Florida Finance Chairman. Mr. Rood served on the board of Alico Inc. (ALCO) from May 2009 until November 2013. In January 2010, Mr. Rood was appointed by Governor Crist to serve on the Board of Governors of the State University System where he was a member until September 2013. In April 2010, Mr. Rood received an honorary degree of Doctor of Laws from Flagler College in recognition of his public service. Mr. Rood was elected to membership on the Board of Trustees of Flagler College in October 2010. In 2012, he became a member of the Board of Advisors for the JU Public Policy Institute. He was a member of the Florida Council of 100 from November 2009 until February 2019.  Mr. Rood currently serves on the Board of Directors of Fidelity National Financial, Inc. (FNF). He is also a member of the Board of Directors and Chair of the Risk Committee of Black Knight, Inc. (BKI). In November 2015, Mr. Rood was appointed to the Jacksonville Port Authority Board of Directors by Mayor Lenny Curry, where he served until July 2016. Governor Rick Scott appointed Mr. Rood to the Florida Prepaid College Board in July 2016, where he currently serves as Chairman of the Board. In September 2016, Governor Scott appointed Mr. Rood to the Enterprise Florida, Inc. and Space Florida, Inc. Board of Directors, where he served until February 2019.  In 2018 The National Association of Corporate Directors named Mr. Rood to the 2018 NACD Directorship 100, the annual list of the 100 most influential people in the boardroom and on corporate governance.  Mr. Rood is a Board Leadership Fellow with NACD.

Mr. Rood is a licensed pilot, an avid sportsman, a rancher and beekeeper.

John and his wife Sonya have four children and five grandchildren. 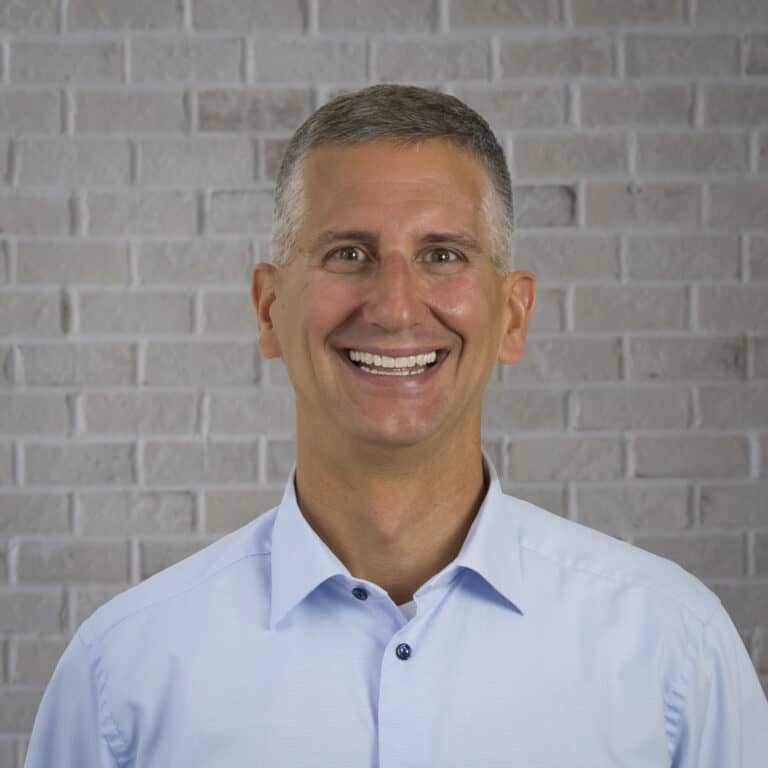 Steve was recently appointed to the University of North Florida board of trustees. He is also a member of the Duval County Research and Development Authority, the state agency that oversees development of First Coast Technology Park at UNF. He earned his Bachelor of Business Administration degree with a major in accounting and MBA from the Coggin College of Business at UNF.

Steve and his wife, Jennifer, have lived and raised four children in Jacksonville for the past 28 years. 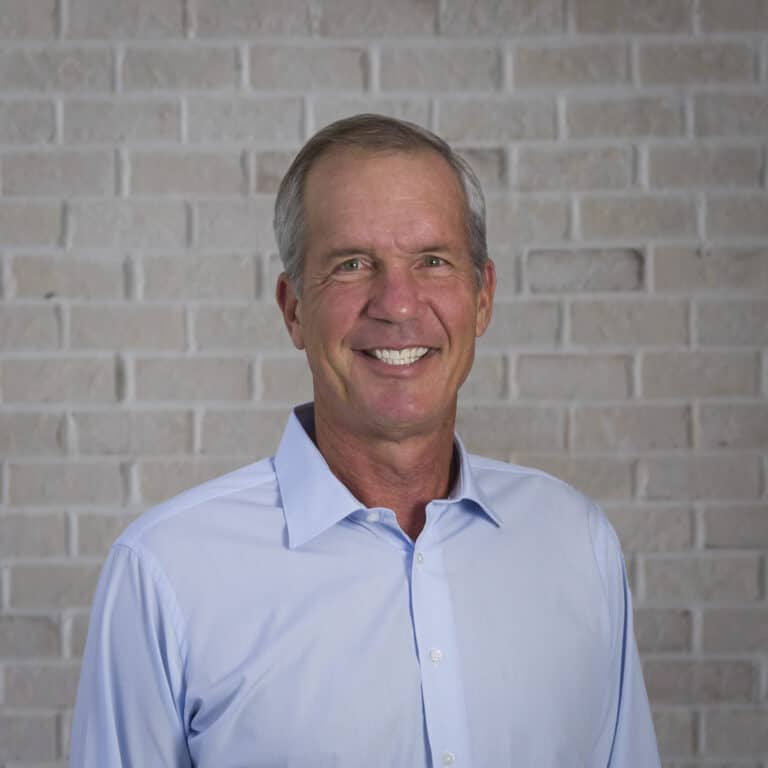 Will Morgan is responsible for the design and development of new properties under Vestcor Communities, Inc. Will's responsibilities include generating new business in his sector, including market and site selection, project design and development, asset management oversight, capital structuring and investor relations for Vestcor's market rate communities. 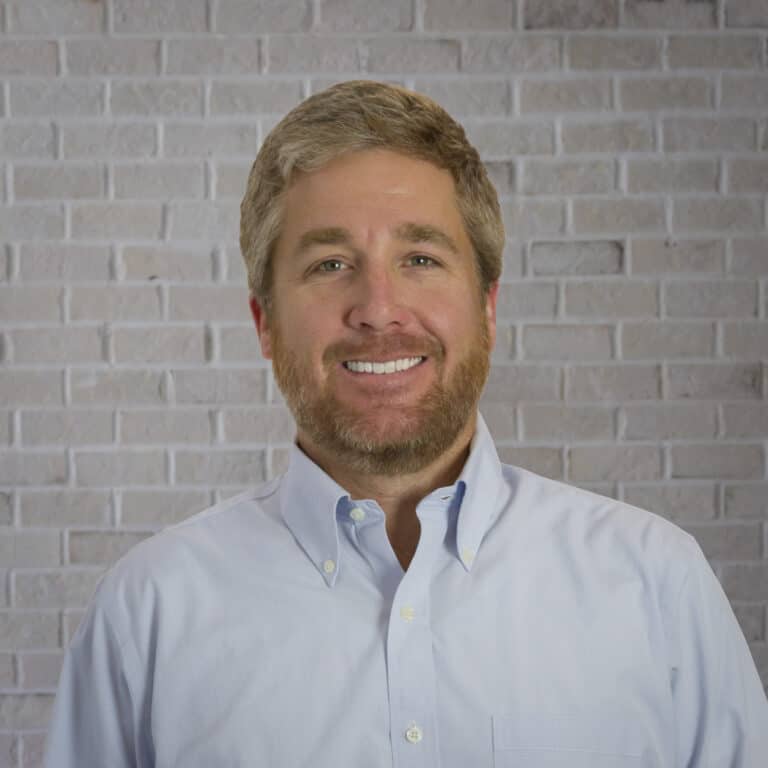 Ryan Hoover is responsible for the application process, design and development of new properties under TVC Development, Inc. Ryan's responsibilities include regional affordable-housing development activity under the Housing Credit and Mortgage Revenue Bond programs, as well as other financing programs that assist in the creation of affordable multifamily rental communities. Additionally, Ryan oversees the asset management functions associated with the limited partnership ownership entities of the new and existing properties in the Vestcor portfolio. 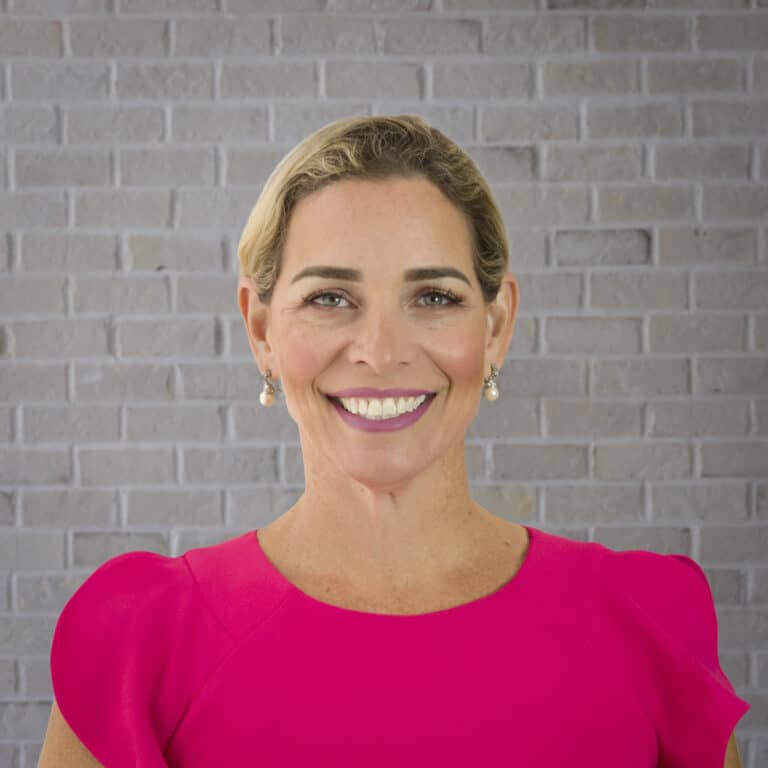 Elena Adames is responsible for the application process, design and development of new properties under Ambar3, LLC. Elena's responsibilities include affordable-housing development activity for Southeast Florida under the Housing Credit and Mortgage Revenue Bond programs, as well as other financing programs that assist in the creation of affordable multifamily communities. 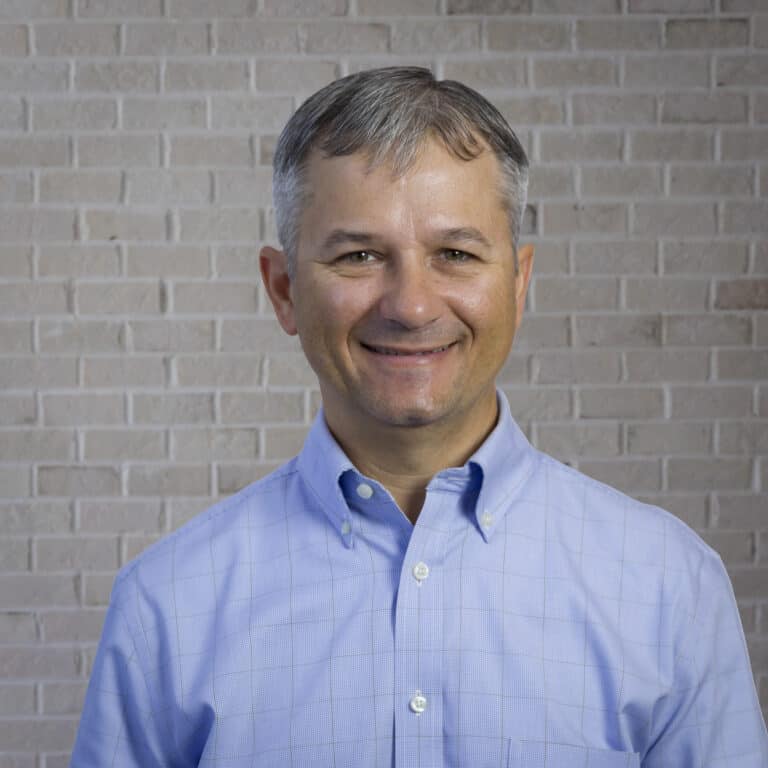 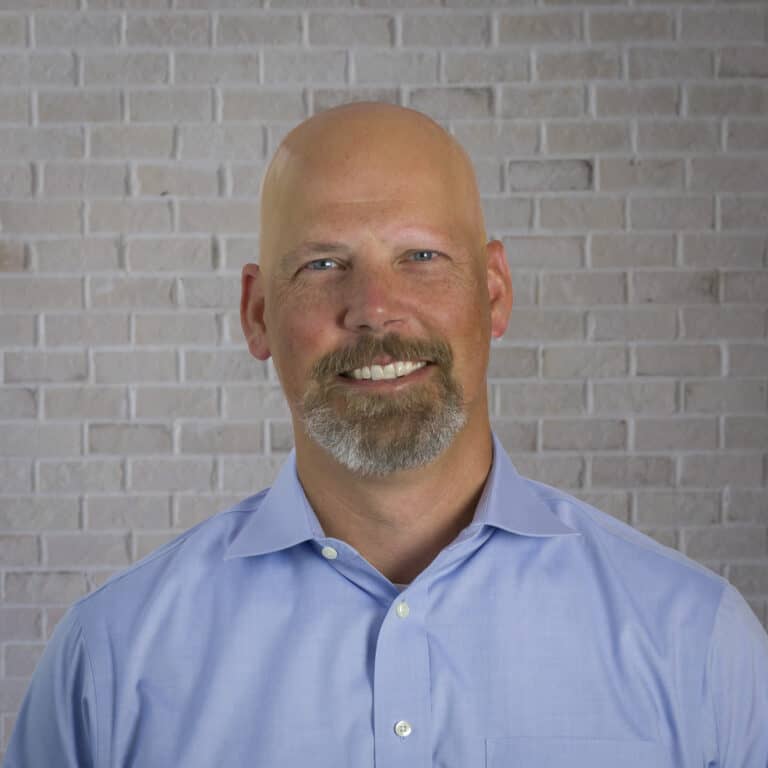 Kevin Troup is responsible for overseeing the acquisition and assessment of all land purchase opportunities and managing the credit underwriting process for the affordable housing divisions of Vestcor. Kevin's responsibilities include overseeing the negotiation of land acquisitions, performing due diligence for potential new developments, concept planning and negotiating purchase agreements. He is also responsible for the new development applications submitted to The Low-Income Housing Tax Credit and Multifamily Mortgage Revenue Bond Program. In addition, Kevin maintains a strong relationship with our lenders and equity providers as he manages the credit underwriting and approval process on all new developments under TVC Development, Inc. and Ambar3, LLC. 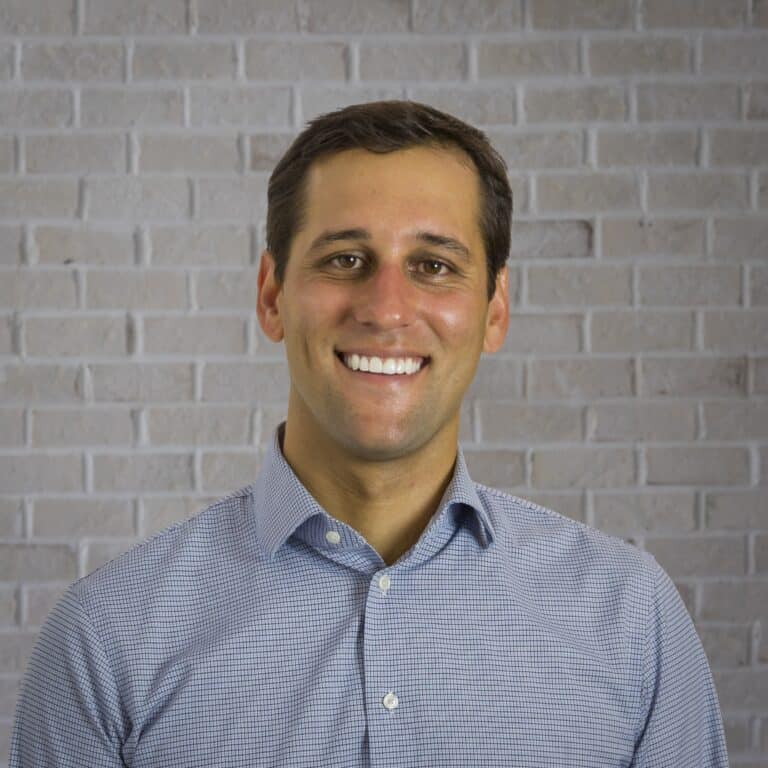 Director of Construction
The Vestcor Companies

Director of Construction, The Vestcor Companies